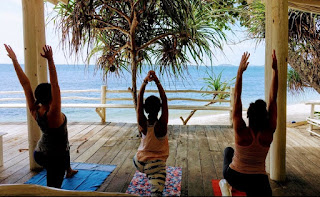 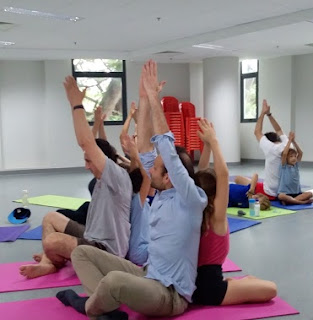 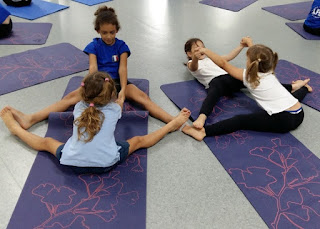 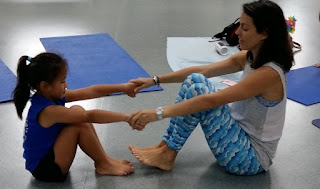 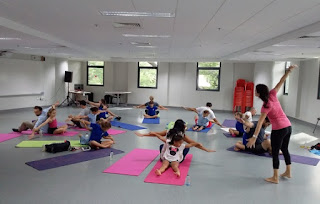 More pictures to be found at https://sites.google.com/lfs.edu.sg/aeslfs/elementaire-c2/yoga?authuser=0 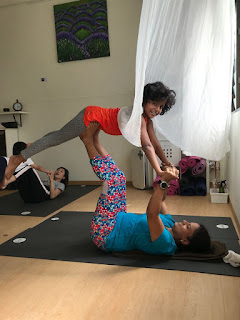 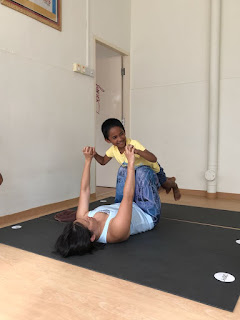 How yoga makes you stronger

When you think of yoga, your mind might automatically associate the mere act of rolling out a sticky mat with the frustration of attempting to touch your toes and chanting "om" with vigor — and really, I don't blame you if that's the case. But as a yoga instructor, I'm here to tell you that the ancient practice is so much more than that. Regularly practicing yoga can make you stronger from the inside out, and setting time aside for a quality flow each day is a surefire way to leave your muscles and your mind feeling more powerful than ever.
According to MindBodyGreen, dedicating your time to the yoga classes at your local studio, or even flowing through some poses at home to the instruction of your favorite yogis on YouTube, doesn't just improve your flexibility or give you an excuse to buy some cute new leggings. Yoga makes your muscles grow, relieves pain in your body, prevents injuries, strengthens your nervous system, and boosts your brain power to help you better handle stressful situations — just to name a small handful of the benefits.

Though strength training with weights is one of the most common ways to get stronger muscles, yoga is actually an incredible workout for building that same strength and power.
Real talk: When people ask me if I lift weights, I can't help but chuckle while I think about the fact that, technically, I lift my very own body weight during my daily yoga practice. From plank poses to headstands, I'm constantly supporting myself and holding my entire body up with a mix of stability, focus, and discipline. So yeah, I'd say that requires some serious strength, people.
When you practice yoga, you're essentially giving your entire body a killer workout from head to toe. Specifically, according to Shape, holding up your own body weight when you flow through the many chaturangas in a typical vinyasa class majorly strengthens your arms, and all of the core-centered poses challenge your abs in a way that's totally unlike any other workout. The combination of strengthening and lengthening your muscles is also one of the most efficient ways to get stronger without injuring yourself in the process, according to research published in the Cochrane Database of Systematic Reviews, and that's just one aspect of yoga that makes the practice so freaking awesome. But personally, I think the real reason why so many people get hooked on yoga has nothing to do with muscles or physical strength.

What's especially incredible about yoga is that it strengthens your mind in a way that other workouts simply can't accomplish.

If you talk to pretty much anyone who's been bitten by the yoga bug, they'll probably tell you that, after hitting up even one session at their local studio, they're still riding that amazing "yoga high" hours later. The confidence and empowerment that some daily time on the mat instills is truly one of a kind, and the mental health benefits of the practice have been demonstrated time and time again. For instance, a 2009 study from Deakin University in Australia prescribed a 12-week yoga program to a group of women who were struggling with binge-eating disorder, to see how the practice would affect their mental health, if at all. Well, by the end of the program, Psychology Today reports, the women demonstrated higher levels of self-esteem, as well as overall better body image. Of course, this isn't to say yoga can replace the usual treatments used for things like binge-eating disorder, but this research shows just how much the practice can affect your state of mind when you truly dedicate yourself to it.
Plus, as I'm sure you know, yoga isn't just about moving through fancy poses and working your way toward a handstand. The practice is just as much about deep breathing, mindfulness, and meditation as it is about the actual movements, and these seemingly small details can have a huge impact when it comes to decreasing stress and easing anxiety, which is, oftentimes, what people turn to yoga for in the first place.
Bottom line: The research doesn't lie, people. Both the physical and mental perks that come with rolling out your mat every single day explain why your yogi friends never seem to miss a day of down dog. Yoga helps you celebrate your inner and outer strength, and really, what else in life allows you to do exactly that? 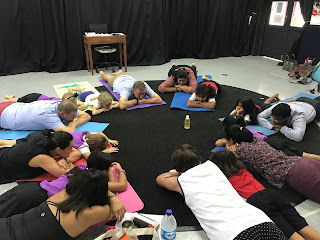 One year of ECA at CIS TK is already over.. I'll miss the students!

Happy Holiday, see you in August!
www.soyoga.com.sg
Posted by So Yoga at 6:45 PM No comments: