Short yoga session to practice yoga with your 5-8 years old kid at home!
You don't need any special equipment, besides a mat (or towel) and your smile

:-)
Be creative, don't hesitate to add in your own ideas.
Oh - one more thing... forgive my French

#kidsyoga #stayathome #yogawithyourkid
Posted by So Yoga at 11:59 PM No comments:

Yoga at home with your toddler

What to practice with your little one, while stuck at home? Follow this easy sequence with your toddler... and let me know how he or she reacts!

www.soyoga.com.sg
www.miniyogi.com
Posted by So Yoga at 6:57 PM No comments:

The 4 Pressure Points An Acupuncturist Uses To Support Immunity

Are you suddenly finding yourself navigating the world of immunology and a little lost on where to focus with all the hype surrounding staying healthy these days? Well, good news for you, traditional Chinese medicine (TCM) is packed full of knowledge to keep you and your household healthy for cold/flu/virus season. Here are some helpful tips to avoid illness and support your immune system function using acupressure poin 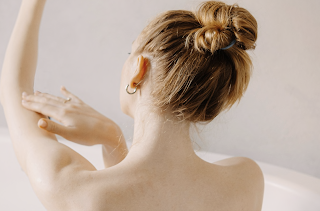 First things first, the best way to prevent illness is to be proactive. Whether this is the first time you're hearing about the CDC's recommended protocol for prevention of illness or you've almost memorized it, repetition is the mother of all skill, so let's talk about the basics for a minute:
·       Wash your hands often with soap and water for at least 30 seconds, especially after going to the bathroom; before eating; and after blowing your nose, coughing, or sneezing. If soap and water are not readily available, use an alcohol-based hand sanitizer with at least 60% alcohol.
·       Clean and disinfect frequently touched objects and surfaces using a regular household cleaning spray or wipe.
·       Avoid touching your eyes, nose, and mouth.
·       Stay home when you are sick.
·       Avoid close contact with people who are sick.
·       Make sure to support overall health by eating a nutrient-rich diet, getting plenty of sleep, and managing stress levels.

How can acupuncture and acupressure support immunity?
Following preventive measures, the best way to combat any virus is to support your immune system. In TCM our immune system is governed by a specific type of chi or vital energy called "Wei Qi," which is our energetic defense system and protects us from pathogenic influences and exterior attacks on our bodies, including viral infections. We can boost our Wei Qi and keep ourselves healthy by activating specific acupuncture points that increase immune functioning as well as decrease stress on our nervous system.
Acupuncture is an effective alternative medicine that boasts a 5,000-year history treating a variety of disease conditions and has recently shown to have an effect on physiological activities, specifically immune function. Studies have shown that acupuncture has a regulating effect on cellular and humoral immunity, meaning it can promote your immune response to secrete antibodies to fight against antigens as well as secrete cytokines to attack pathogens. Translation: Getting acupuncture will give your cells a powerful punch to fight germs and viruses.
Acupressure, like acupuncture, is a method of sending a signal to the nervous system to "turn on" its own self-healing or regulatory mechanisms, but instead of using needles, you are using the pressure of your fingertips. Acupressure uses the same meridians and points as acupuncture does and helps to correct functional imbalances and restore the flow of your chi.
Here's how you can palpate these acupressure points in the comfort of your home.
Acupoints to support immunity:
1.    Acupoint LI 4: Located at the highest peak of the muscle mound, directly in the center when you hold your thumb against your index finger. LI4 releases the exterior pathogens for wind-cold or wind-heat syndromes, strengthens Wei Qi, improves immunity, decreases face and neck pain and improves circulation.
2.    Acupoint ST36: Located 3 finger widths below the kneecap, one finger width lateral (out) from the anterior border of the tibia (shin bone). ST36 is one of the most specific points in the TCM meridian system that modulates immunity and is our most widely used point to boost chi. ST36 also tonifies deficient chi and blood. Strengthens Wei Qi and chi overall to target low immunity, chronic illness, poor digestion, general weakness, and fatigue.
3.   Acupoint LI 11: Located easily with the elbow flexed, the point is found at the lateral end of the transverse cubital crease (inside the elbow crease) halfway between the crease and the tip of the elbow. Functioning of LI 11 includes reduction of high fevers, circulation issues, clears heat and external pathogens, increases immunity, and regulates the chi and blood.
4.    Acupoint LV3: Located on the dorsum of the foot in a depression (the webbing between the toes) distal to the junctions of the first and second metatarsal bones. LV3 is one of the most commonly used acupoints for addressing emotional disorders but also functions in immunity by soothing the liver and calming the nervous system, which has a positive effect on immunity and increasing circulation.
Press these points for 30 seconds each, releasing and repeating four times before moving onto the next point. For the feet points LV3, you can push these simultaneously and massage them in downward motions for two to three minutes. You can repeat this protocol as often as you'd like, but we recommend at least once per day. Remember to breathe slowly in through your nose and out through your mouth, making this sequence a self-care meditation to calm your body and mind.

Most importantly, remember to be kind to yourself and others right now as we're all feeling a little bit more vulnerable than usual and a pay-it-forward mentality goes a long way. Be gentle to yourself and listen to the messages your body is sending you. If you need healing, come get acupuncture; if you're feeling mentally overwhelmed, try talk therapy; if you are feeling isolated, make plans with supportive friends.
Bundle up, eat warm soups and broths, surround yourself with comfort, and repeat the acupressure immunity protocol above to keep yourself happy and healthy this season.

When we're having a good time together... and that it's even recorded!

Last track for the drone though :-(( snif!

Rest in peace, Tao... And send us some rainbow & sunshine from wherever you are! 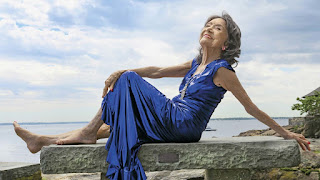 Secret No. 1: Wake up before the sun. “I wake up before the sun rises because I like to watch it rise,” says Tao Porchon-Lynch.“ By observing nature, I can feel a life force. I look outside my window to the sky and tell myself that this is going to be the best day of my life. Then I’ll often pick up my journal and write something that comes to my mind that’s in my heart.”
Secret No. 2: Be grateful—and optimistic. Tao Porchon-Lynchsays she learned the importance of embodying both of these traits from the time she was a child. “I was raised by my aunt and uncle, and my uncle started every day with, ‘It’s a beautiful day, isn’t it?’” she says. “Now I do the same, and I do it with a smile. I believe the key to a long life is positive thinking.”
Secret No. 3: Don’t put off until tomorrow what you can do today. When Tao Porchon-Lynch has something to do, she says she does it right away—she never procrastinates. “I don’t want to sit there hoping, wishing, and wasting time,” she says. “I always practice my yoga in the morning and my dancing in the afternoon. This commitment is likely why I’ve received the Guinness World Records for being the oldest yoga teacher and the oldest competitive ballroom dancer.”
Secret No. 4: Remember the true meaning of yoga. “Yoga can be the joy of life, and it’s not just about putting our bodies into specific postures,” she says. “It’s about expressing what comes from inside of you and showing up when you meet other people to create a oneness.”
Secret No. 5: If you see a barrier, try to push past it. Yoga has almost always been a part of Tao Porchon-Lynch’s life. “I was introduced to it when I was seven years old; I wandered to the beach near my childhood home in French India and saw some boys practicing yoga on the sand,” she says. “I followed their movements and I thought that I was learning a new game. That evening I told my aunt about the game, and she explained that it was called yoga and that it was only for boys. This was 1925. I told her that girls can do what boys can do, and by the time I was eight years old, I was on that beach joining the boys during my playtime.”
Secret No. 6: Do what you love. “I became a yoga teacher after friends saw me incorporating yoga into my everyday life and asked to join my practice. What I love most about teaching is seeing a smile come onto someone’s face when they realize that they can do things that they thought were impossible, physically and mentally.”
Secret No. 7: Don’t be afraid to age. “I don’t feel any different now that I’ve turned 100. I’m not even scared. And I’ll never stop practicing yoga—it’s the dance of life! The breath is the breath eternal, which makes all things possible.”
Source: https://www.yogajournal.com/lifestyle/tao-porchon-lynch-shares-7-secrets-to-aging-gracefully
Also follow
www.soyoga.com.sg
www.miniyogi.com
Posted by So Yoga at 7:30 PM No comments: